TruthFinder the podcast: Crucial Answers to Critical Questions About Belief

TruthFinder is an exciting, fresh new podcast that sets out to find crucial answers to critical questions about belief.

The fact of the matter is that many people have critical questions about God, the Bible, and the Christian faith, and it is the lack of clarity and meaningful answers that can drive them away from Christ. Skepticism is on the rise and the pressing reality is that an increasing number of those in the younger generation (the “Nones”) do not have any type of religious affiliation. In TruthFinder, I will act as a reliable and trustworthy guide that will not only deliver reasonable answers based on intelligent faith, but will also wrestle with some of the most troubling, perplexing and existential questions the doubtful have in the modern era. Some these questions include: Why is there something rather than nothing? What difference does it make if God exists? What evidence is there for a “Blind Watchmaker”? For a a purposeful Creator? What’s the point of evil and suffering?

In preparation for this podcast, I have interviewed many people, most of whom are either atheist or agnostic. They have assumed many things about God and the Bible which do not reflect reality. I have also interviewed many believers, who also assumed many things about science and disbelief which do not reflect reality. As a Christian scientist, I hope to bring everyone to table in TruthFinder so that the truth will reign supreme and that mature, vetted beliefs will triumph.

What do you get out of it?

TruthFinder will not only provide clarity and intelligent answers to those who are undecided, but it will also provide assurance and confidence for those who already believe.

The first episode of Truthfinder is already live! You can subscribe to the podcast on iTunes by clicking below: 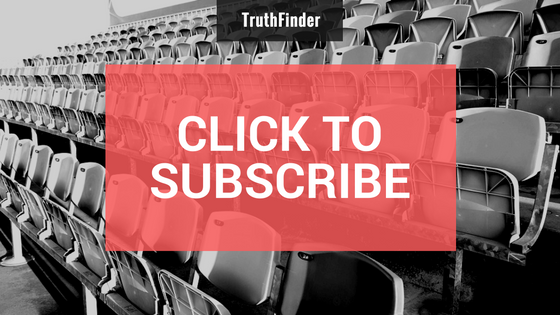 Episode one provides a crucial answer to the critical question, “How can we know what is really true?”