#WCSK Episode 2.4b: The Lord’s Prayer

Our Father who is in heaven (Adoration). As R.C. Sproul notes, those writers and authors in the Jewish tradition never called God “Father” in their written prayers until the tenth century A.D.[1] In contrast, Jesus almost always referred to God as “Father” when He prayed.

Hence, in The Lord’s Prayer, Jesus invites us all to address God as “Father,” which points to a familial, close, intimate relationship.

Technically speaking, Jesus is the only begotten Son of the Father, and thus Jesus is the only One who can properly call God “Father” (Mark 14:36). Yet, as Paul writes in Galatians 4:6, the Holy Spirit works in us to turn us toward God and say “Abba! Father!”—a term of endearment.[2] We are not talking to an impersonal “It” detached from our reality but to a loving Parent who has chosen adopted[3] sons and daughters into His family. Resultantly, the adopted call God Our Father to represent the head of the corporate family. Interestingly, these two words draw our attention to God and to our neighbor, because God is never “mine”—He’s ours. There are countless elect others who call Him Father as well, and they are our brothers and sisters as a function of adoption. Hence, the first two words of The Lord’s Prayer orient the reader to the two greatest commandments: to love God and to love one’s neighbor.[4]

Notice that we are encouraged to call the Patriarch “Father”—not Mr., Sir, or Commander, but Father. This conjures up the idea of a strong, nurturing relationship that all humans can relate to and purposely does not invent a new type of name for God that is foreign to human understanding. It must also be said that there are many natural fathers who abuse their position, but again, Our Father is not the exact same as an earthly father because Our Father is a Dad Who is in heaven. This is what separates the One Divine Father from earthly fathers and their inherent human flaws.

Furthermore, we were not adopted out of divine necessity but out of the grace of God. And of course, it goes without saying that all those who call God “Father” do not necessarily have a genuine relationship with Him, as Jesus so informs the persecutory Jews in John 8:39-47.

So within the first two words of The Lord’s Prayer, our hearts and minds are directed in proper orientation to the One who chose us, and even after that choosing, has invited us into His presence to call Him “Father.” All of this illuminates the understanding that despite the fact that God is “Our Father” and in this there is nearness, He “is in Heaven,” and there is simultaneous away-ness (no, that isn’t a word, but you get the point). Even though He has an otherworldliness about Him, we can still come into His presence at any time through our prayers and be near to Him.

Hallowed be Your Name (Adoration). According to Strong’s Concordance, the word hallowed is translated from the Greek word hagiazō, meaning, “to make holy, purify, acknowledge, to separate from profane things and dedicate to God.”[5] Basically, God doesn’t need you to tell Him that His name is holy, but by Jesus telling His disciples to pray in this manner, He instructs us to make an appeal that God’s name will be treated with esteem, regarded as sacred, and treated with veneration. We know from the Third Commandment[6] that God takes His name very seriously, and thus so should we. Therefore, the first formal line of The Lord’s Prayer after the opening is a proclamation for His name to be honored, which sets the tone for what is to follow.

One may ask what the big deal is if God’s name isn’t respected.[7] Well, disregard for God’s name leads to familiarity and ordinariness, irrevocably leading to lack of respect and disregard for God Himself. Consider that in modern society, people casually say, “Oh my —” reflexively or use His name before d@mn as a cuss word. You may still be asking what the big deal is, and that’s exactly the point. Treating the name of God like every other name means … 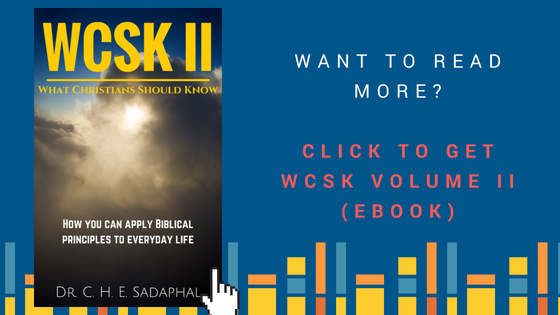 [2] Abba is an Aramaic word that is analogous to saying “Daddy” or “Papa.”

[6] “You shall not take the name of the Lord your God in vain, for the Lord will not leave him unpunished who takes His name in vain” (Exodus 20:7).

Bible Study
God’s will, how to pray, Lord’s Prayer, prayer